Shopping By 2030 – A Futuristic View Of Retail Properties

Shopping, especially clothes shopping, is something that has been done in the same way for a very long time. You pick something from the rails, try it on in the changing rooms, find it is too small, have to get dressed again, hunt for a larger size, try it on again, and so on. The lights in the changing rooms are unflattering and make everything look terrible, and most of us leave feeling horrible and without that must have item we came for. But this could soon all change. Retail industry predictions say that there could be exciting changes to retail properties.

Predictions for the Retail Industry

In the not too distant future, say by 2030, you may be able to try things on without having to hunt for different sizes. You can see what a shirt would look like when paired with a necklace you already have. And you can adjust the lighting in the changing room to make it more flattering and true to the location where you will wear the outfit.

Of interest is the fact that this prediction was not made by fashion designers, by retailers, or by tech manufacturers. Rather, it was made by commercial real estate (CRE) experts, who believe that robots will soon completely revolutionize our shopping experience. What this means, and this is why the CRE sector is monitoring things so closely, is that there won’t just be a change for consumers, but also for the world of retail real estate.

Shops and Real Estate in the Future

Essentially, shops that will continue to use real estate will do so by choice. There will be no more need to have a real estate space in order for businesses to actually sell their wares. Instead, experts believe that shopping centers will become ‘centers’, in which recreational, educational, and health care elements will be included, with the occasional shop here and there. In fact, this is a prediction made by Anthony Buono, who is the Global President of Retail at CBRE and therefore clearly knows what he is talking about.

In this global role, Anthony drives the implementation of CBRE’s global retail strategy in the Americas, Asia Pacific and EMEA (Europe, Middle East and Africa). That includes the company’s Investor and Occupier Retail practices, global Analytics offering and several other services in those categories.

These changes will impact all walks of life. Lenders, for instance, will have to deal with different challenges as the 30-year lease will be a thing of the past and cutting edge ventures and pop up shops will become the new norm. This will also mean that new businesses may face some challenges in terms of getting finance, however.

Those who are invested in retail properties, particularly malls, believe that the future lies in entertainment. This seems to be a safe bet, particularly when looking, for instance, at Triple Five’s American Dream, a ‘retail theme park’ costing $4 billion, planned for construction in Miami. It will include a submarine lake, an ice-climbing wall, and an indoor ski slope, while at the same time offering culinary expertise and fashion. If the targeted blocks are unsuccessful, the mall will be opened in 2023.

Meanwhile, the Aventura Mall in Miami will be the first to offer a free glass and steel slide for its visitors, if they can climb the 99 stories through the stairs. And in Las Vegas, Area 15 is set to open in the Fall of 2019. Just a quick drive from The Strip, Area 15 will include escape rooms, body artists, a brewery, a wedding chapel, pop up retail stores, and bars. Of interest is the fact that Area 15 was financed because banks and lenders didn’t understand the concept themselves, but did realize that the next generation would absolutely love it. That represents a change in the lending environment as well.

Meanwhile, it seems that the focus of malls will have to be on food and on creating social experiences. Food is the one thing that can’t be done online, which means there will always be physical demand for it. Consider, for instance, Westfield Century City’s Eataly L.A., part of a shopping center makeover that includes 67,000 square feet of artisan food. Other areas jumping on the food bandwagon include Gotham West Market in New York City and Austin’s 2nd Street District.

Unfortunately, there is little that can be done about the progression of online experiences and the impact this has on traditional mom and pop stores. Store closures are clearly happening all over the country and this year looks to be even worse than last.

In 2017, nearly 7,000 store closure announcements have been made, according to FGRT. That’s up more than 200 percent from a year ago.

Stores simply cannot keep up anymore with modern shopping technology. Some believe that the retail sector has waited too long to make changes, while others believe they never stood a chance anyway. In fact, the only malls that are likely to survive are those that are considered as ‘Class A malls’. Of interest is that many of those are found in Orange County.

Orange County is home to Fashion Island and the South Coast Plaza, for instance. They are believed to be fortified against the changes in the shopping landscape, if they continue to respond properly, that is. What is seen in these Class A malls is that they focus on experiential space movement in the retail industry. Nowhere is that more apparent than in the Irvine Spectrum Center, which is constantly expanding and changing.

Since opening in the heart of Orange County in 1995, Irvine Spectrum Center has become a cultural hub, with a dynamic fusion of trendsetting fashion and delectable dining that embraces the enviable lifestyle of our Southern California setting. With continuous reinvention, we are constantly raising the bar and setting trends that will define the retail industry. Come summer 2018, expect vibrancy: a new outdoor design will be revealed, further cementing our status as the ultimate meeting place.

Irvine Company, the brains behind this particular shopping center, first announced the Spectrum in 1995, stating it would be the first of its kind in the nation. The foundation of the center would be food and entertainment and the rest would be mainly an open-air center. Put together, they created something that would always work, since places for food and entertainment will always continue to exist. 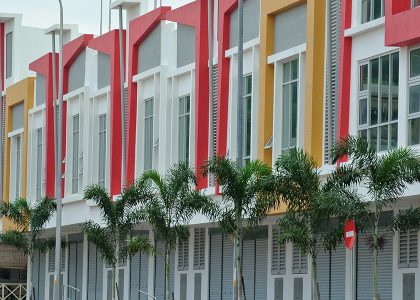 Tips For Commercial Realtors To Bring Service Back To The Foreground 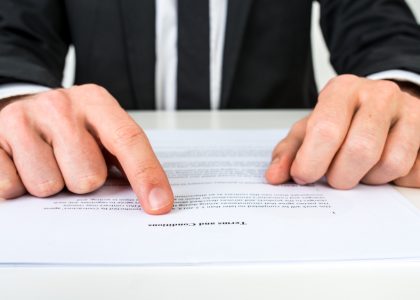