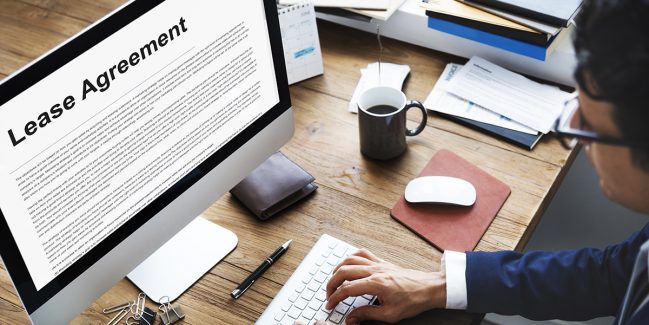 Many businesses in Orange County choose to lease their building after weighing up the pros and cons of leasing vs buying. When people lease a property, they will need to pay a monthly amount to their landlord. There are times, however, where the monthly rent can increase, sometimes by as much as 40 percent!  Learn why their may be a commercial rent increase in orange county.

When a lease is created, the lease document or contract spells out all the important elements. These include things like concessions, rent increases, rent amount, and the term. The term is particularly important, because that is what will determine when, why, and by how much the rent can increase. The lease term can be anything from one month to a decade. Usually, the smaller a space is, the shorter the term will be. This is because small spaces are generally taken up by startup companies, which means they don’t have the financial security of larger and more established companies. There are various considerations to make when deciding whether a short or a long term lease is most beneficial.

One of the most common questions that come up when leasing office space is whether it’s better to sign a long-term or short-term lease. This is especially important for small businesses whose success, or failure, could be at least partially dictated by this decision. While there’s no right answer — every company’s needs are different — there are certain advantages to each that, when carefully analyzed with the help of a commercial broker, can help steer businesses toward the best option.

The term changing is the greatest reason why rent can increase. In addition, there are various other issues that can lead to increases, and it is vital to be aware of those. Let’s take a look at some of them.

There are many operating expenses associated with a commercial lease.

Operating costs are generally variable and the tenant needs to pay special attention to how the costs are calculated, whether they can be challenged, how to verify the costs, and to consider what incentives or checks exist to make sure the costs are appropriate and are incurred responsibly.

Even in a very carefully negotiated lease contract, however, it is likely that operating costs will increase, which means the rent will increase as well.

2. Moving Away from the Consumer Price Index (CPI)

Once upon a time, rents would increase when the CPI increased. This usually equated to a 3% to 4% rise. That was far greater than inflation, but it is generally accepted that that is how rents increase. However, if your lease term is up after, for instance, a ten year lease, you may be shocked at how much more it will cost you. There has been an approximate 8% rise per year since 2009, meaning the cost is now, on average 70% higher. That is a huge amount!

3. A Building Getting Sold

Property taxes are incredibly expensive, but they are usually included in your rent, at 1%. However, they can increase by as much as 2% each year. The exception is if a building is sold for more than what was estimated to be the assessed value. When that happens, the bill may be staggering.

4. Expiration of Your Existing Lease

Unfortunately, if your lease is about to expire, you may be in for a shock. It is estimated that a huge percentage of leases will expire this year and the renewal proposal you can expect to receive may not be what you had hoped for. Indeed, don’t be surprised if they simply increased your rent by 30% to 40%, on top of the increase in costs described above.

Which Type of Warehouse Is Right for Your Orange County, CA, Business?